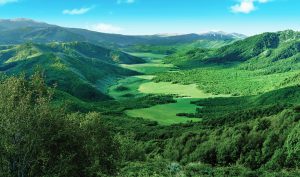 Our family history is rooted in the Wasatch Range of Northern Utah. These mountains are best known these days for having the “Greatest Snow on Earth” and millions flock to our slopes each year.

But the mountains perpetuate a longer legacy for us as a family – a legacy of cattle.

Not much of that was thought possible a little more than 170 years ago. In contemplating the settlement of the Wasatch the famous fur trapper Jim Bridger told Brigham Young, “Mr. Young, I would give a thousand dollars if I knew an ear of corn could be ripened in the Great Basin.”

Bridger’s reasons were simple: the altitude made for cold nights, short growing seasons and unpredictable conditions for dry farming during the 19th century. What he failed to mention, and perhaps this was out of self-preservation considering his trade, was that the mountains and their valleys were teeming with wildlife. 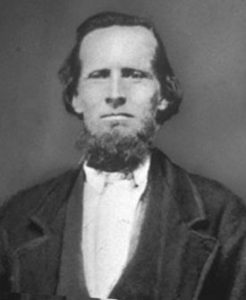 When the pioneers came west they drove wagons and pushed handcarts. But they also brought with them their cattle because they knew they would find a home where at least the animals could thrive.

As the mountain valleys of the Wasatch filled with people they were for a period of time more densely populated with cows – and elk, beaver, buffalo, mink, deer, and grizzly bears. The cattle were vital for industry and for sustenance. They were both beasts of burden and food.

For our ancestors cattle were also a way of living. Many of them came from other lands – England, Denmark, Sweden and other western European countries. With them came the livelihoods born of cattle. Some worked in beef, others prospered with dairy cows.

One ancestor living in Southern Utah, Ebenezer Bryce, made his living by managing large building projects in the growing territory.

But he also kept a ranch and, of course, cattle.

Speaking of Bryce Canyon, which was named after him, he claimed “It’s a hell of a place to lose a cow”.

At first glance one would wonder why Bryce would have cattle in a place like Bryce Canyon. It is close to 9,000 feet in elevation and it is a maze of hoodoos. But the canyon wasn’t just a pretty place to look at. It had within its base fertile fields of grass that were good for livestock. Not only were the cattle grazed there but so too were the sheep and the horses.

Another ancestor, Solomon Hale, made his fortune in the cattle business. His endeavors took advantage of the lush valleys of extreme Northern Utah and Southern Idaho. When he would bring his cattle south to auction in Ogden, Utah the people would come from far away to buy “Sol’s beef”.

There was just something different about it, they said. Sol always said it was the high mountain grass and the clear mountain stream water.

He lived and in fact was mayor of a town located in what is called Cache Valley. This beautiful high mountain valley was so named because the early fur trappers of the American West would “cache” their furs there. The valley is home to the Bear River and famous for both its Native American history and its mountain man rendezvous.

Cache Valley would be settled in the 1850s and our family was there – and so were their cows.

In fact, since the pioneers first populated the valley it has become a world renowned producer of both dairy products and beef.

Like many areas of the Old West getting cattle to places where beef was not available proved a challenge. While the northern valleys of the Wasatch boast of ideal conditions for cattle the dry southwest part of the state of Utah do not. Given the nature of the working mines of iron and silver in the southern part of the state cattle would have to be driven there to satisfy the needs for protein and milk. 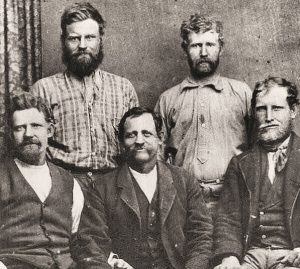 The Canfield Brothers in about 1891

This was profitable work for many of our family members. Pictured on the right is one group of brothers who helped bring beef to the miners. Their business was fraught with adventure and danger. Along the road they would have to avoid the dastardly band of thieves led by a man named Ben Tasker – a genuine outlaw famous for his robberies and the butchering of cattle that were not his.

For all of the pioneer souls of our family who lived in the Wasatch we hold cattle in common with them.

Their methods for caring for the animals, for feeding them, for giving them medical attention when required are not much different than our own today: we feed them on the natural, high-altitude grasses of the Wasatch where they roam free and drink from natural water sources like the Weber and Bear rivers.

We must, of necessity, keep care of them through seasonal extremes known for this part of the world. Winters can be long and well below freezing. Summers can be harsh, making water scarce. The conditions require constant monitoring of the well-being of our animals.

We wonder what our pioneer ancestors would make of us now. We raise cattle like they have never seen. Our Japanese blood line cows are smaller and take longer to bring to market. But they love the natural habitat of the Wasatch Range.

If our ancestors showed up we think their response would be quite simple: “When do we eat?”