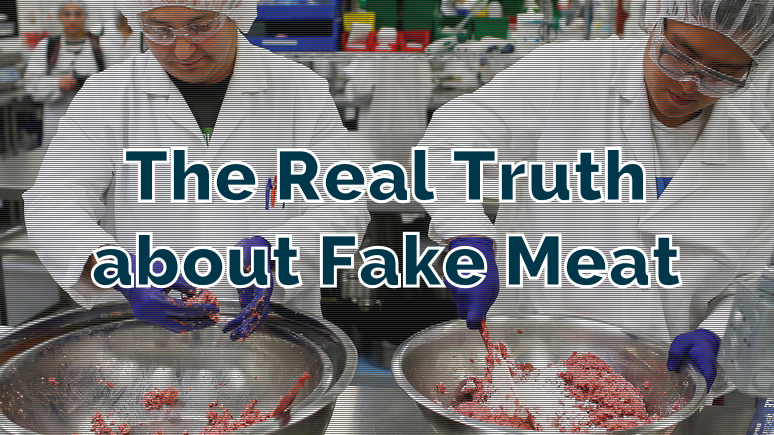 Disclaimer: This article discusses the emerging trend of faux meat. We are producers of real beef products. Of course we don’t like the stuff. We can’t help that what you read below is absolutely 100 percent true.

If you follow food news at all you know that popular now in fast food restaurants and on the stock market are two companies making in-roads in what they call plant-based meat substitutes. These two companies are Beyond Meat and Impossible Foods.

Both companies are competing (think Coke vs. Pepsi) to be the biggest at providing what they claim are realistic tasting products that are simply not real meat.

It is big business. Beyond Meat recently announced its plans for an IPO with a projected valuation of $1.5 billion. Both companies are almost daily sending out press releases announcing product partnerships with major restaurant chains.

Impossible Foods recently scored the biggest with the announcement of their introduction of a meatless Whopper at Burger King.

But the fake stuff is also now on the menu at Del Taco, Little Caesars, Carl’s Jr, Qdoba, White Castle and others. The news is filled with claims that the stuff tastes great, is better for the environment and, because it is plant-based, it is healthy for you.

But is any of this stuff…um, true?

Of course not. Not even a little bit.

Their names should be your first clue to the hucksters they really are. What they are trying to do is truly “impossible” and what’s in their products is “beyond” what is reasonable for anything you should put in your body.

Their mission is to create fake meat.

What makes them all of these things?

Well, let us count the lies:

Fake meat could be the most highly processed food on the market.

In fact, it is so far away from anything real and whole there is almost nothing healthy about it.

Look closer at the official ingredients:

Methylcellulose? That’s a chemical compound used as a thickener in foods. It is not digestible. It is a “bulk forming laxative”, according to Wikipedia. They also put that stuff in shampoo, soap, and personal lubricants. Yummy!

Cultured Dextrose? That is a fermented food additive designed to extend shelf life.  What is used to make the stuff? Skim milk, kids. Isn’t that a dairy product and doesn’t that make it a non-vegan food? By strict definition, yes, according to Your Daily Vegan.

The Impossible Whopper is 630 calories with 34 grams of fat and 25 grams of protein — but after all that stuff it has to be enhanced with 1240 milligrams of sodium. Those numbers are on the level with the regular Whopper, sometimes worse.

Impossible and Beyond burgers are simply not healthy.

In the name of fairness, we would like to point out that real full blood Wagyu beef burgers are a healthy alternative to fake beef. A 4 oz Wagyu beef burger contains 28 grams of fat with none of the unhealthy levels of processed sodium.

Wagyu beef has been likened to olive oil and salmon in terms of its health benefits. It has up to 300% more monounsaturated fat than normal beef due to the high marbling of the meat, as well as incredibly high omega 3 and 6 content.

Wagyu beef has the lowest cholesterol levels of all meats, even lower than fish or chicken, and it contains oleic acid which is considered good for your heart. It’s also believed to have anti-carcinogenic properties.

They say that being “plant-based” means “Beyond meat” burgers are natural. Protein numbers in fake meat are derived from something called Soy Protein Isolate.

Soy protein isolate powder is made from defatted soybean flakes that have been washed in either alcohol or water to remove the sugars and dietary fiber. They’re then dehydrated and turned into a powder.

According to the USDA over 90 percent of the soybeans grown in the USA are genetically modified.

The process of making “defatted soybean flakes” into powder strips out vital nutrients while leaving behind substances like aluminum and hexane. This process can also form nitrites which are compounds that can for carcinogens in the body. Can you say “cancer”?

Many people have allergies or intolerances that make it hard to digest soy.

But even if you’re not one of them, soy protein isolate may upset your stomach. This is because SPI has a higher concentration of trypsin inhibitors, chemicals that reduce available trypsin—an enzyme that helps digest protein—in the body.

But fake beef tastes the same as the real stuff. C’mon, who are you kidding?

Fake beef producers use beet extracts to color their “meat substitute”. There isn’t a kid on God’s green earth who was ever fooled by a beet. Let’s get real.

The news media, especially in the hype surrounding the sales of Impossible Whoppers in May 2019 during a trial run in St. Louis, was filled with tales of how people couldn’t tell the difference between a fake whopper and a real whopper.

Well, what is a real whopper?

Like most fast food offerings, the Whopper is made of commercial “meat product”. It comes from cows strip-mined in places like Argentina. Everything the fake meat industry claims about the hazards of “real meat” is on parade in a whopper. It contains fillers and animal parts made from cows pumped full of hormones and anti-biotics.

All that “stuff” affects taste. Comparing a fake burger to a real whopper is like comparing a Tootsie Roll to a turd. Yeah, it looks the same but would you really want to put either in your mouth? Yuck.

100% full blood Wagyu from pasture-raised, free range rare breed cattle is free from all that stuff. What you get is all beef.

The taste hype of fake meat burgers is just that — hype.

Dig a little deeper in the media and you’ll find more balanced reviews of the taste tests of real people.

One review, speaking of a fake beef slider bought at White Castle, said:  “The beef slider was thin, like a dried flower pressed between two dictionaries. It being barely there meant the main flavor was the slick of American cheese on top of the patty, which honestly was fine because I would inject American cheese into my veins if I could. In comparison, the Impossible slider was a thick hunk of fake meat. It was just as salty as its beef counterpart and a lot more greasy.”

Said one fake Whopper buyer in St. Louis, “Look, I’m a carnivore. I love meat. I eat Whoppers and Big Macs with regularity because I like meat. The Impossible Whopper tastes just like a regular whopper in the sense that it is the same bun, the same ketchup, the same pickles, lettuce and onions. But the meat is not the same. It’s weird. It’s not juicy, it’s slimey. And it gave me a bitter aftertaste. It is not for me.”

A review on Reddit had this to say: “The flame broiled taste is there and the patty is pretty close to the real thing, just a little dry when breaking off a piece to try on it’s own. One thing this patty has working for it is the amount of condiments that come on the Whopper.”

Just to be fair, we scoured social media for reviews of burgers made with Wagyu. The results were dramatic: “Wagyu proves there is a God. Nothing better has ever been put in my mouth.”

If it is fast food, it’s cheap. This is myth #1 that needs to be dispelled about fake meat. Fake meat is not cheap.

The Impossible Whopper is more than the regular whopper – it was priced at $5.49 during the trial run in St. Louis.

At other restaurants not named Burger King the “Impossible Burger” sells for upwards of $9.99 to $12.99 each, depending upon the style of restaurant.

Impossible branded fake meat is supposedly only available in restaurants. But Beyond Meat can be had in stores, most famously at Target. It is just $12 a pound.

Fake meat is better for the environment. Mark Twain once famously said, “A lie can travel halfway around the world while the truth is putting on its shoes.”

Nowhere is that more blatantly on display than the attacks on the beef industry.

Now, we’re no fans of mass produced beef in the US.

There are most definitely issues with animal treatment, hormones, feed quality and water usage as it relates to the beef used to supply most grocery stores and, ironically, places like fast food joints.

When you look at commercially raised meat, there is no denying possible impacts. First off, there’s a heavy input of water, fertilizers, and pesticides to grow grain, then it needs to be transported for processing into feed, then shipped again to the farm. All of this requires fossil fuels.

But here’s a fact: U.S. livestock production has the smallest carbon footprint per unit of production in the world. Google that. You’ll find it.

Here’s another fact: the 15 to 20 ingredients that make up fake beef all have varied impacts on the environment. All of that highly processed stuff requires fossil fuels, pesticides and other impact-rich enviornmental elements – times 20!

To study this you have to examine the origin, use and discharge of byproducts into the environment of each highly processed ingredient.

Just because they say it is “plant-based” doesn’t mean your fake meat burger grows from a seed. It is not a plant. There’s almost nothing natural about it and that includes its environmental impact.

Friends of the Earth, a grassroots environmental group, is a stern critic of fake meat producers simply because of their claims of better environmental impacts over beef.

“The Impossible Burger is marketed as ‘sustainable,’ … despite the lack of data on energy consumption, emissions or dependency on industrial feedstocks like genetically engineered corn used to feed the genetically engineered yeast that produce key ingredients,” they noted, adding that these are “just a few of the confusing promotional claims being made.”

Well, now. All this is quite uncomfortable to talk about. We think rather than digging even deeper on this we’ll just let two pictures tell the truth.

This one shows where fake beef is made: 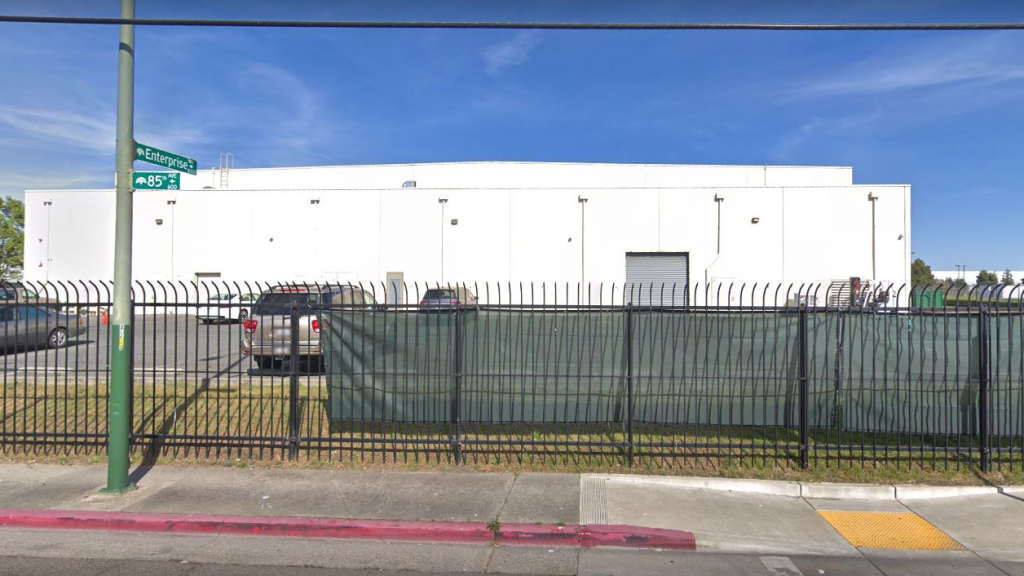 The other shows where real 100 percent full blood Wagyu is made: 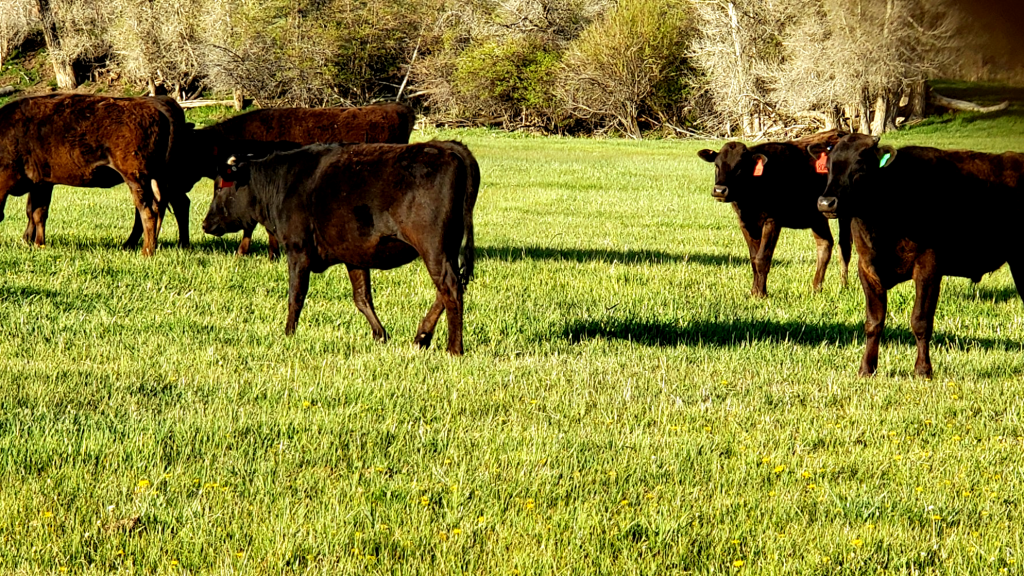 Our Family History with Cows
Scroll to top